These are the known OOAKs from the Mickey & Minnie Rainbow Names Collection:

While an iPad Case style was released for the Mickey & Minnie Rainbow Names Collection, this OOAK differs from the usual pattern because it only has Mickey head icons on the print. The Minnie head icons are missing. 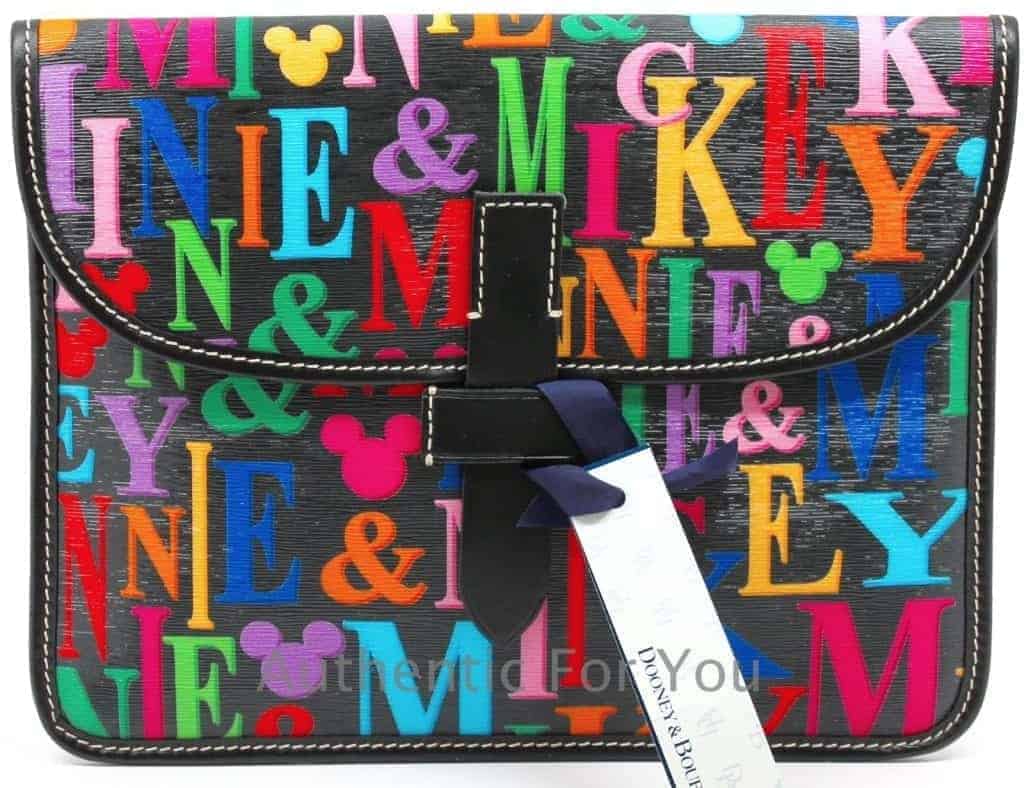 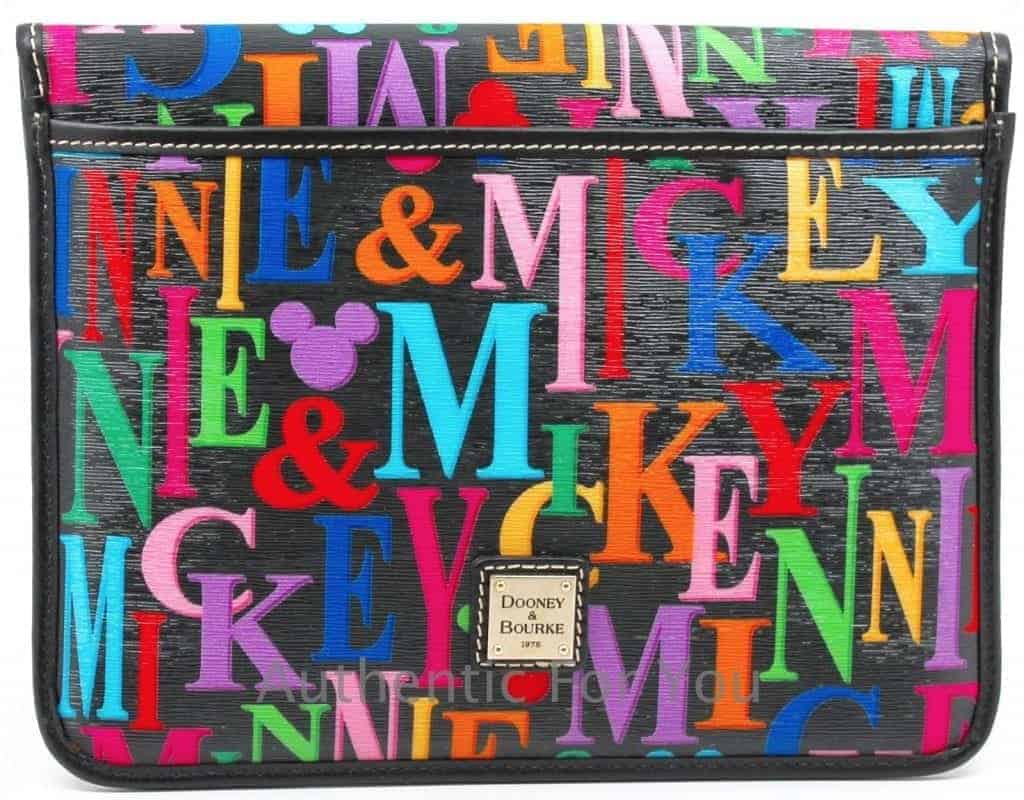 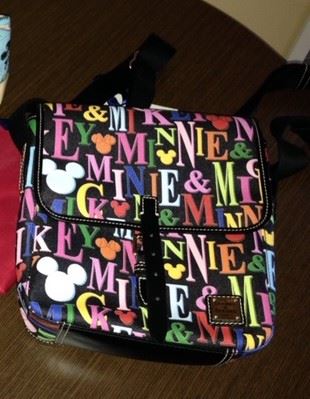 The tote bag silhouette was released for this collection, however, the fabric used for this version of the tote is Dooney and Bourke’s super durable, weather-treated, cotton, which is known as Dooney’s “shiny” line. There appears to be more than one of these prototypes. The top handbag first appeared at the December 2014 Disneyland Resort sample sale. 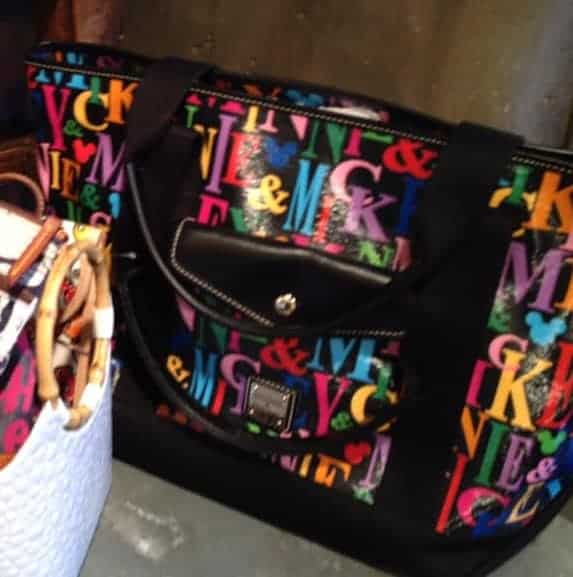 This version of the bag first appeared at the Walt Disney World sample sale in April 2015. 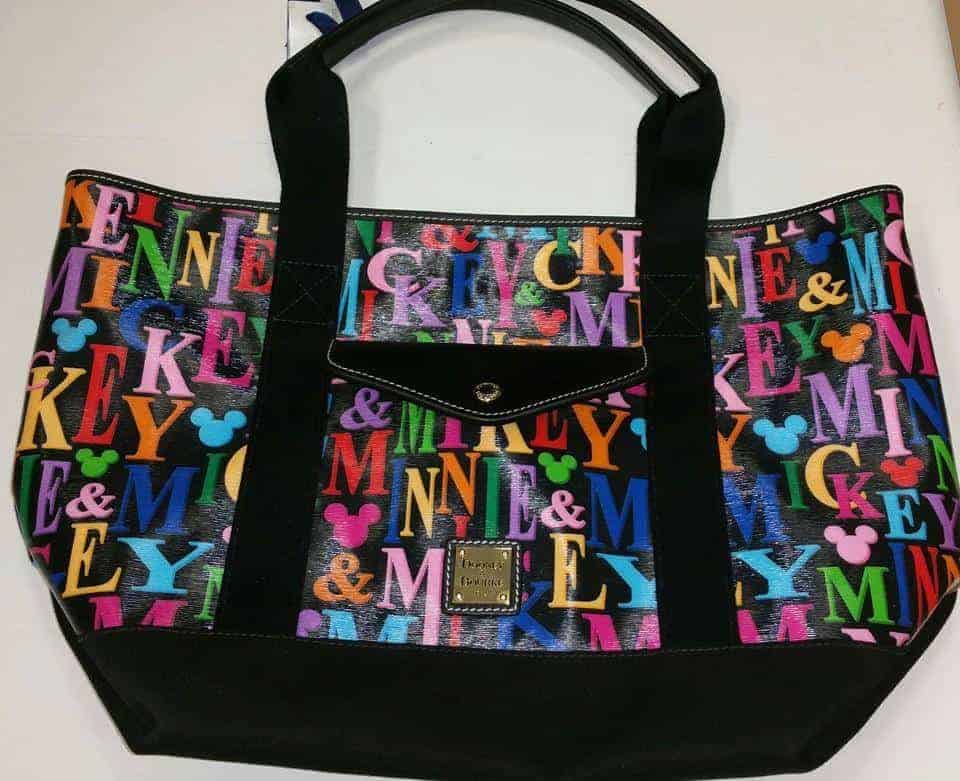